The Secret Life of Pets 2 is now available on Blu-ray, 4K, DVD, and Digital! This adorable sequel brings back all of your favorite furry friends in a whole new adventure. This animated film is a great addition to our at-home family library.

We are big fans of Illumination, who are also the creators of Despicable Me and Minions. Read on for details about the bonus content, and how you can create your own DIY Captain Snowball Ears! The Secret Life of Pets 2

“The Secret Life of Pets 2 explores the emotional lives of our pets, the deep bond between them, the families that love them and answers the question: What are your pets really doing when you’re not at home? Terrier Max (Patton Oswalt) is coping with major life changes after Katie’s marriage and the arrival of a toddler, Liam. Meanwhile, Gidget (Jenny Slate) tries to rescue Max’s favorite toy from a cat-packed apartment with a little help from her feline friend, Chloe (Lake Bell), who has discovered the joys of catnip. And Snowball (Kevin Hart) believes, despite the other pets’ teasing, that he’s a superhero after his owner starts dressing him in superhero pajamas. But when Daisy (Tiffany Haddish), a fearless Shih Tzu, shows up to ask for Snowball’s help on a dangerous mission, he’ll have to summon the courage to become the hero he’s been pretending to be.”

Get your copy today! 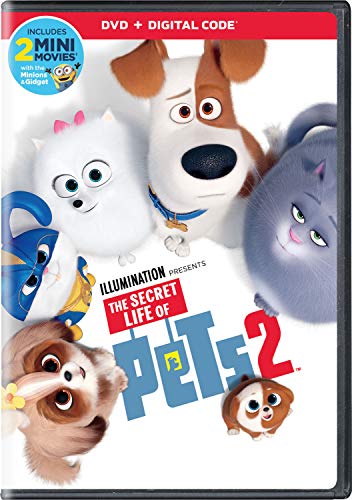 The Secret Life of Pets 2

The Secret Life of Pets 2 DIY

Kevin Hart, who voices Captain Snowball in the film, will make you LOL! Everything he touches seems to turn to gold. He’s really funny! If you’d like to create your own Captain Snowball Ears, click the image below to download the PDF.

This would make a great kids’ craft during a Secret Life of Pets party or movie night!