Yesterday, I shared my exclusive interview with Jim Cummings, the voice of Winnie the Pooh and Tigger. While at the Los Angeles County Arboretum and Botanic Garden we also had the chance to attend a special fall flower arrangement class being held by Flower Duet, a sister duo of event florists. This was such a fun class! Below I’m sharing the steps to create your own DIY fall flowers, including a video tutorial! Follow the steps in the video below to create your fall flower arrangement!

It was almost therapeutic creating this flower arrangement. We were at the Botanic Garden on the perfect crisp, fall day! Didn’t they turn out beautifully? Now you’re armed with the tools to create your own!

The Christopher Robin Blu-ray and DVD will be available everywhere November 6th!

In the heartwarming live action adventure Disney’s “Christopher Robin,” the young boy who embarked on countless adventures in the Hundred Acre Wood with his band of spirited and lovable stuffed animals, has grown up and lost his way. Now it is up to his childhood friends to venture into our world and help Christopher Robin remember the loving and playful boy who is still inside.

Ewan McGregor was born to play this role! I can’t imagine a better actor to portray a grown-up Christopher Robin. It’s truly magical seeing the story unfold with these real-life Winnie the Pooh characters. I want my own Winnie the Pooh after watching this film. Head here for my entire Christopher Robin Movie Review. You also won’t want to miss the “Friendsgiving” tablescape inspiration below! 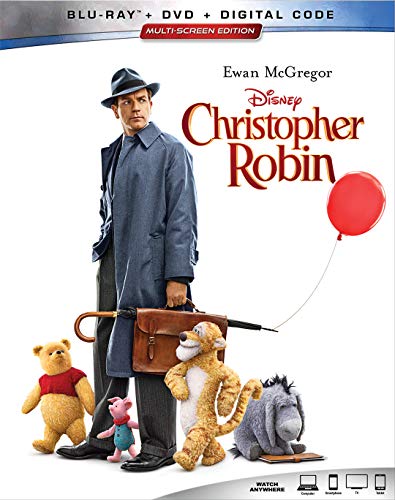 Check out the film trailer below:

I hope you enjoyed this DIY Fall Flower Arrangement Tutorial!