Four months ago I had the amazing opportunity to walk the Solo Red Carpet Premiere, and now I’m so excited to share that it’s finally releasing for at-home collection! Beginning September 25th, Star Wars fans can own Solo A Star Wars Story Blu-ray! Here are details on the release – including bonus materials and a sneak peek at a deleted scene from the film. Board the Millennium Falcon and journey to a galaxy far, far away in “Solo: A Star Wars Story,” an all-new adventure with the most beloved scoundrel in the galaxy. Through a series of daring escapades deep within a dark and dangerous criminal underworld, Han Solo befriends his mighty future copilot Chewbacca and meets the notorious gambler Lando Calrissian, in a journey that will set the course of one of the Star Wars saga’s most unlikely heroes.

Head here for my no-spoiler review of the film! DIGITAL AND BLU-RAY BONUS MATERIAL (may vary by retailer):

To celebrate the release of “Solo: A Star Wars Story,” Lucasfilm and Xbox are excited to announce the Xbox One X Solo Custom Console Sweepstakes! Each custom console includes a physical copy of “Solo: A Star Wars Story” on 4K Ultra HD. Enter now for your chance to win at https://soloxboxsweeps.com Sweeps is open to U.S. and Canadian (excluding Quebec) through September 30, 2018. 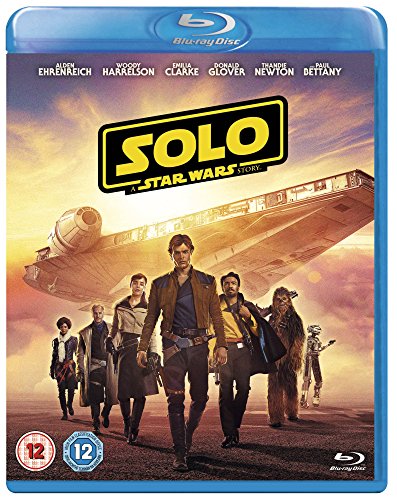